The perfect opportunity to hear about different career pathways and discuss equality at work. This event is part of the Diversity in Graphene initiative. 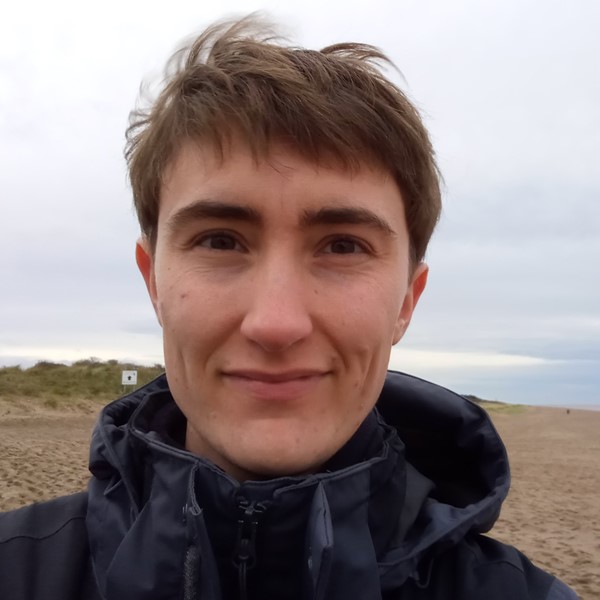 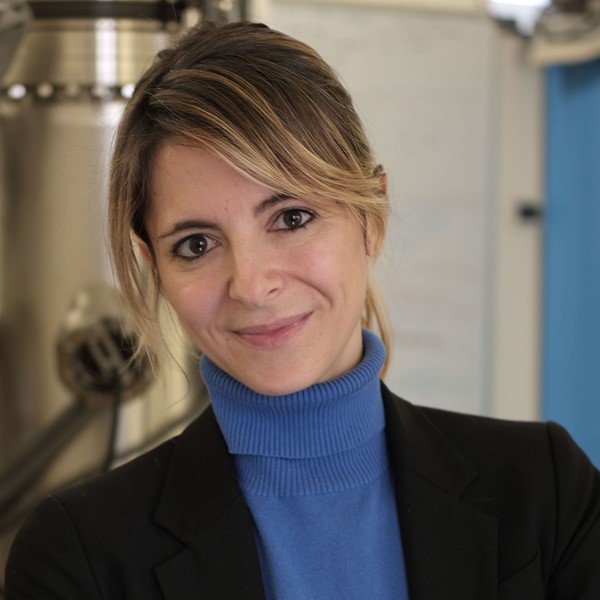 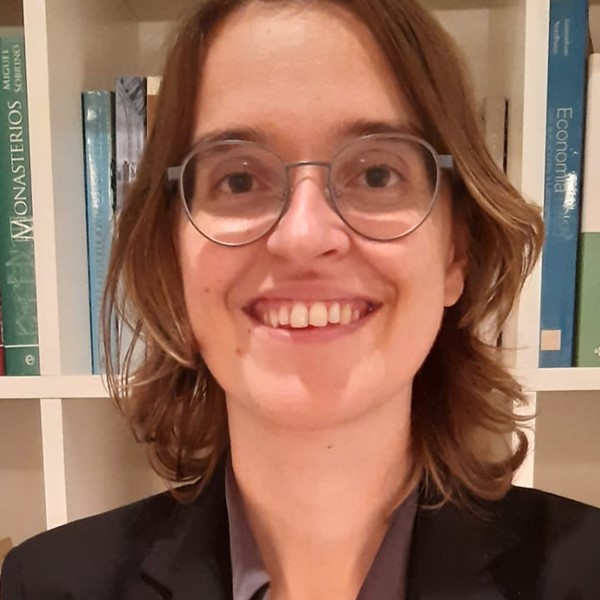 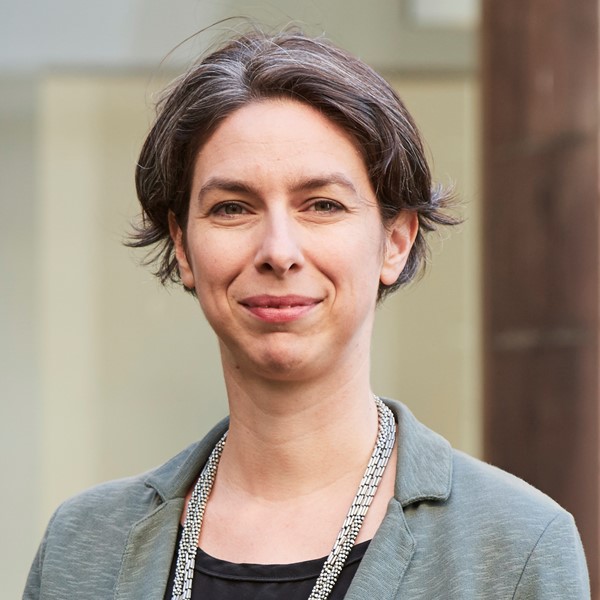 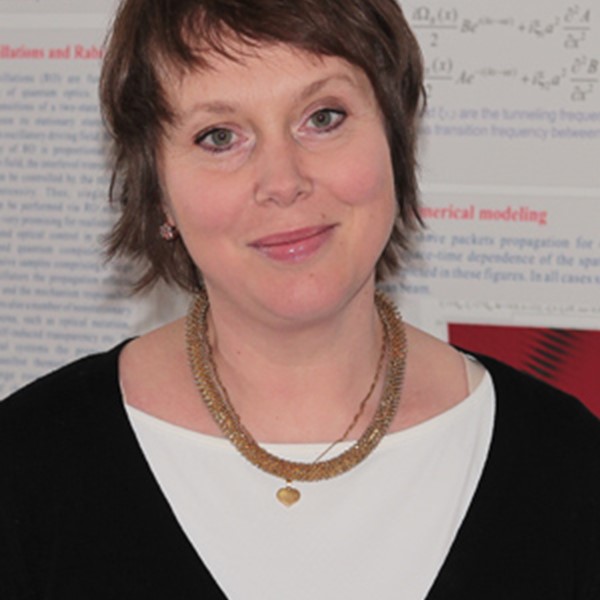 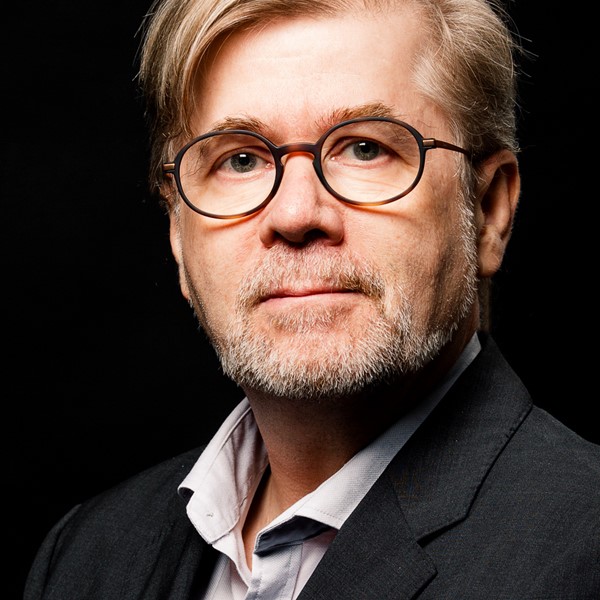 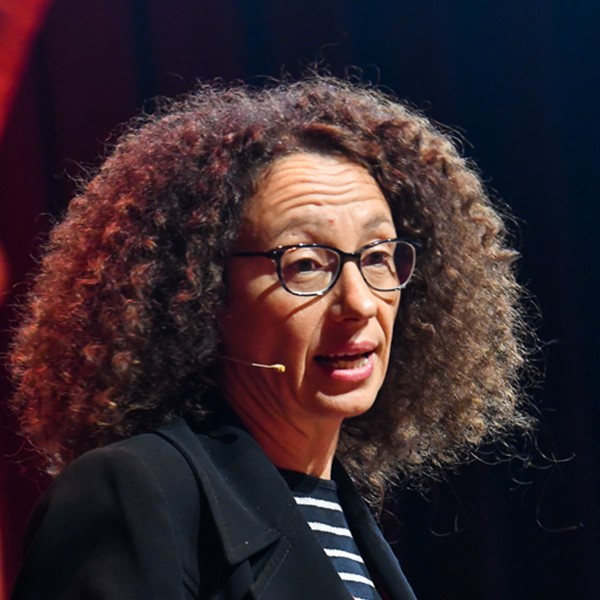 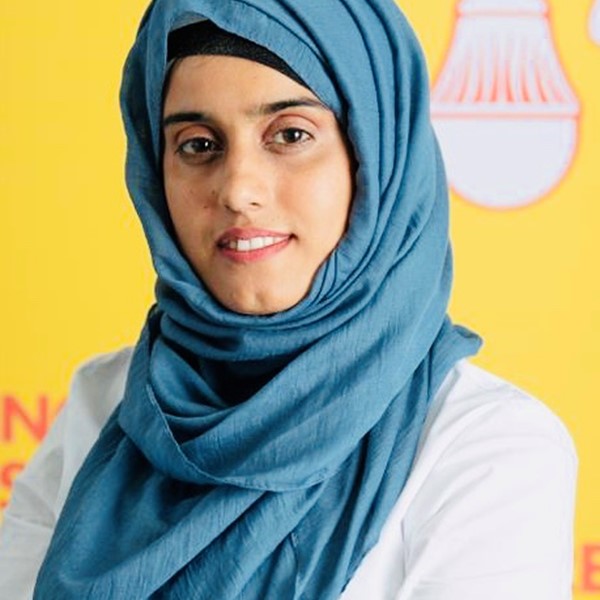 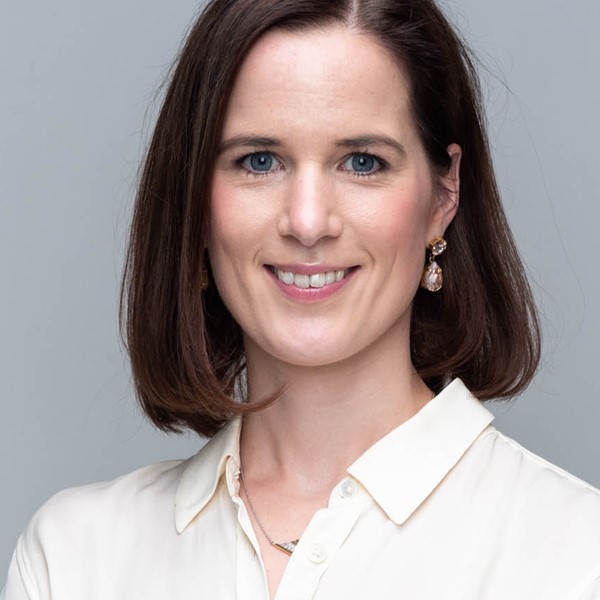 Alternative career paths in science - Ana Helman (European Science Foundation)
Starting from her own experience, Ana Helman discusses the skills, challenges and professional recognition that a career in research management, international collaboration, research funding and evaluation can bring to the individual. In this talk, Helman presents some career opportunities that exist for (young) researchers in addition to a “traditional” academic or industrial research path. Some analysis of diversity and gender equality issues will also be presented.

The role of international cooperation and mobility in researcher career development. The gender aspects - Polina Kuzhir (University of Eastern Finland, Belarusian State University)
Based on her experience as a PI in a third country research institution, Polina Kuzhir discusses the role of international cooperation and mobility in the evolution of research teams and individual career development. Beyond new knowledge and new professional ties, she addresses social aspects of mobility programmes and “scientific friendship” issues. From the perspective of a research project’s evaluator, she will also discuss some gender equality aspects in the research area of her home country, Belarus, and in the EU.

Equality at work - Marie Louise Sunde (Equality Check) and Maria Sangiuliano (SmartVenice)
Why would the holder of a PhD in Surgery change course and become an evangelist of equality at work? And why do we need an EU-level certification scheme on gender+ equality? Marie Louise Sunde and Maria Sangiuliano present their findings and explain how companies and research institutes can improve diversity and inclusion. Learn about Equality Check, the company that aims to become “A Glassdoor or TripAdvisor for Diversity” as well as CASPER and other EU projects that are addressing diversity issues in the areas of innovation policies, employment, education and multicultural integration.

“Study Struggle Succeed” - Liam Bird (University of Cambridge), Sonia Estrade (University of Barcelona), Camilla Coletti (IIT), Tapani Ryhanen (Emberion) and Beenish Siddique (AEH Innovative Hydrogel Limited)
Imagine a PhD student, an almost-tenured researcher, a tenured professor, a CTO and an entrepreneur sitting around a table and discussing about their scientific careers. Which challenges have they faced? Have they changed their mind over the years? What’s the best work environment they experienced or they dream of? What have they learnt so far and what do they aspire to? “Study Struggle Succeed” is a friendly panel discussion about all these topics and more.

Lessons from a young entrepreneur - Beenish Siddique (AEH Innovative Hydrogel Limited)
Originally from Pakistan, Beenish Siddique moved to the UK for her undergraduate studies. Ten years later, she is the founder and CEO of a small company based in Manchester. Her company vision is to become the Apple of Agritech. Hear about her journey to becoming an entrepreneur and her ambitions for the future. Get inspired by her contagious drive and optimism.

Interactive workshop - Sue Hewitt (Springboard Consultancy)
As the result of the pandemic we find ourselves working at home, having remote meetings in our living rooms, juggling family and caring responsibilities on top of our work role, and needing to build a network for the future without actually meeting anyone. In this session we’ll look at strategies to stay productive at home, set boundaries and maintain positive relationships with those at work and with you at home. We’ll delve into how to stay connected virtually with your network, gather support remotely and expand your network from your kitchen table.

Ana Helman
Ana Helman is a Science Officer at the European Science Foundation – Science Connect in France. Helman is involved in the Graphene Flagship as European Alignment Officer responsible for co-ordination and alignment between the Core Project and national and international research initiatives and programmes on graphene and other 2D materials. She is also managing activities related to Research Infrastructures at ESF and, in particular, the CatRIS project that is building a European catalogue of research infrastructure services.

Previously, she managed the ESF’s portfolio of programmes in the field of physics, nanosciences and materials including European Collaborative Research programmes (EUROCORES), Research Networking Programmes, Forward Looks and the Expert Committee on Materials Sciences and Engineering (MatSEEC). She has also been involved in a number of peer review and evaluation missions over the years. During 2012-2014 she was Science Assistant with the US National Science Foundation’s Europe-Eurasia Office at the US Embassy in Paris promoting the cooperation between US and European research institutions and researchers. In her earlier career as a researcher, she worked at Philips Research in Eindhoven (the Netherlands) and the University of Strasbourg, and has been an expert evaluator for the European Commission (DG Research).

Helman holds a PhD in Electronics from the University of Paris Sud (Orsay, France) and a Master’s Degree in Materials Science from Université Pierre et Marie Curie (Paris).

Polina Kuzhir
Polina Kuzhir is a senior researcher and a Marie Skłodowska-Curie fellow in the Institute of Photonics, University of Eastern Finland, and Head of the Nano Electromagnetics lab in Belarusian State University (on-leave). She earned her PhD in Theoretical physics in 1996 at the Inst. of Physics, Belarus Academy of Science. She is an expert in the field of graphene/2D materials, theoretical and experimental photonics. Her research focuses on theory and experimental validation of 2D materials-based passive and active devices, including detectors, filters, shields, polarizers, collimators and emitters. She has published 305 peer-reviewed papers with 12667 citations and h-factor of 51 (Scopus 04/02/2021). Kuzhir is Associate Editor at Microelectronics Reliability, Elsevier, member of International Editorial Boards of IOP and MDPI journals. She is a Member of panels for monitoring and evaluation of EC FP7 and H2020 programmes, Research Council of Norway, Czech Science Foundation, Research and Higher Education Monitoring and Analysis Centre of Lithuania. Kuzhir has demonstrated her capacity as an effective PI in a number of national and EU-funded projects, including FET FLAGSHIP E UU FP7 project GRAPHENE and H2020 project GrapheneCore1. Total external funds for her lab team (20 people) have been more than 2 M€ for the period 2014-2020.

Marie Louise Sunde
Marie Louise Sunde is a Medical Doctor, and holds a PhD in Surgery. In 2015, Sunde co-founded the organization #HunSpanderer addressing unconscious gender bias, and in 2019 she co-founded Equality Check in Norway, where she is now CEO. Equality Check is a platform where employees anonymously can review how equal their workplace is, catalysing change through transparency and evidence-based solutions. Sunde has co-authored a bestselling book addressing unconscious gender stereotypes, and was a leading voice during the medical #MeToo movement in Norway. She is also a member of the advisory board of Partnership for Change and holds several board positions. Sunde is also a sought after speaker.

Maria Sangiuliano
Maria Sangiuliano is CEO and co-founder at Smart Venice, in Italy, a research and consultancy company focused on inclusive and sustainable socio-technical innovation. She is a senior gender expert, researcher and project manager with 20+ years of experience in designing and executing EU-funded projects focused on mainstreaming gender, particularly in the areas of innovation policies, employment and education, as well as multicultural integration. Maria holds a PhD in Cognitive and Learning Sciences and a MA in Training Methodologies and Policies. In the H2020 EQUAL-IST consortium, she has supported several research organisations in designing and implementing Gender Equality Plans at their own organizations, and currently, she holds the same role in the CALIPER Project. She is leading a series of research, implementation and evaluation activities within the H2020 CASPER and GE Academy projects where Smart Venice is a partner, the first one with a focus on studying the feasibility of an EU level certification scheme on gender+ equality for research organizations and the second on an EU wide capacity building program on gender in research and innovation. EU networks are her passion: she chairs the Action Cluster on Citizen Engagement at the Smart Cities and Communities Marketplace of the EU Commission and joined the Management Committee of the COST GenderSTE Network and contributes to their working group on urban studies.

Liam Bird
Liam Bird is a third-year PhD student at the Cambridge Graphene Centre in the UK, researching graphene and related materials for lithium-sulfur batteries. Bird received an undergraduate degree in Energy Engineering with Environmental Management from the University of East Anglia, and aspires to continue researching energy storage materials in the future.

Sonia Estrade
Sonia Estrade has a degree in Physics, a Master in Nanoscience and Nanotechnology and a PhD in Nanosciences. Tenured Professor in the Department of Electronic and Biomedical Engineering, University of Barcelona (UB), in Spain, she is a specialist in Electron Energy Loss Spectroscopy (EELS) and Transmission Electron Microscopy (TEM). She carries out her research work in the LENS-MIND-IN2UB group of UB. Estrade has published over 140 articles in prestigious indexed international journals (h-factor 35), has a patent in operation and has been principal investigator of six competitive research projects. She has a long teaching experience and is part of the e-Lindo teaching innovation group. She chairs the Equality Commission of the Faculty of Physics. She is also a member of the Interuniversity Institute for Women and Gender Studies. In 2020, she was elected president of the Association of Women Researchers and Technologists of Catalonia (AMIT-Cat).

Camilla Coletti
Camilla Coletti is the coordinator of the Graphene Labs at the Istituto Italiano di Tecnologia (IIT, Italy) and the leader of the research line 2D Materials Engineering. She has worked at IIT since 2011 after being an Alexander von Humboldt postdoctoral fellow at the Max Planck Institute for Solid State Research of Stuttgart (2008-2011). Coletti received her PhD degree in Electrical Engineering from the University of South Florida in 2007 and her MS degree from the University of Perugia in 2004. She is an expert in the synthesis of highly-crystalline 2D materials via chemical vapor deposition (CVD) and the investigation of their electronic, chemical and structural properties via conventional surface science techniques. In her work, she applies her expertise in surface science to impact the science and technology of 2D materials. Overall, she is the author of more than 100 peer-reviewed publications, authored four book chapters, edited one book, filed several international patents (holds three) and delivered more than 40 invited talks at international conferences.

Tapani Ryhänen
Since August 2020, Tapani Ryhänen has been CTO and Board Member of Graphene Flagship spinoff, a Graphene Flagship’s spinoff, Emberion, which he co-founded in Finland in 2016. He earned a Doctor of Technology in Physics from Aalto University in 1992 for the development of superconductive thin film devices for biomagnetic measurements. Ryhänen worked on MEMS sensor development, pressure sensors, accelerometers and gyroscopes in Vaisala Technologies between 1991-1996, before moving on to various R&D leadership roles in Nokia for over 20 years. In particular, he led Nokia Research Center sites in Cambridge, Lausanne and Moscow in 2007-2016, focusing on sensors, materials, micro- and nanotechnologies.

Beenish Siddique
Beenish Siddique holds a PhD in Materials from the University of Manchester and an undergraduate degree from Aston University. Siddique worked as an R&D chemist at Hydrogel Healthcare Ltd in 2012 and developed a number of commercial products for different industries. As an exceptional and ambitious CEO of AEH Innovative Hydrogel Limited (UK), she won and was nominated for more than ten prestigious awards over the last few years.

Sue Hewitt
Sue Hewitt works with the Springboard Consultancy to help people be the best version of themselves through targeted personal development and training. After a successful post doc career she moved into science publishing and then training and development. She now works internationally across industry, research organisations and universities developing and delivering leadership training and women’s development as well as career choices workshops for postdocs and PhD students. Sue is based in North Wales; as a keen mountaineer settling just one hour from Snowdon is a values-based decision that allows access to some of the best climbing and mountaineering in the UK.